Interview with Jacy Oliver for the Santa Fe Reporter on Live Sound.

Posted by potionproductions on Sunday, June 21, 2015 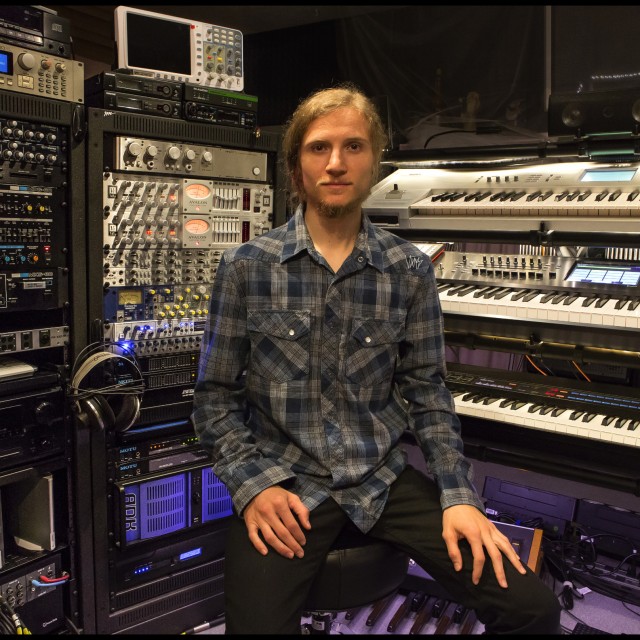 A: JACY OLIVER – My Life of sound-oriented activities began by operating a 4-track tape recorder in 1998. My goal was to record the most epic guitar solos ever… most of which are utterly unlistenable in retrospect. Haha. The 4-track recorder gave me the ability to start shaping and constructing songs and sounds in a more extensive way. It also presented a way to better hear what I sounded like as a musician. A lot of cringing at the “playback” and years later I’m a much better player! Lol

I have now been playing with sound for 16 years and have had the pleasure of working in and designing some top-notch performance and recording facilities brimming with bleeding edge sonic-glory! I hope to open my own recording/performance space in the future.

Q – As a “Live Sound Tech” do you ever feel underappreciated?

A – Is the Universe mysterious? Are grilled lamb chops with rosemary and sea salt delicious? The answer is yes. In fact to this day, in the context of live sound engineering, no one with the microphone has ever thanked the sound guy publicly. It’s always, “thanks to the promoter and the pizza guy,” but not the man behind the curtain who bends the odds and makes an average kick drum sound like a dazzling thunder machine or a cardboard snare drum sound like the whip of Satan! Haha.

To be fair I have had my share of musicians come up to me after the show and say, “best stage-mix all tour” or “dude, thanks for making us sound so good.’’ That’s really what it’s all about: making the musicians feel that their music is in good hands, but seriously, thank your sound guy.

Q – what is it about live sound that attracted you? do you feel it attracts similar people?
A – I’m helplessly attracted to the raw power of sound; deep full-range sound & LOUD! But that’s just part of it…it’s also the unique energy that occurs when a particular song is performed on a particular day for a particular audience. It’s really those moments that staff members and attendees hope to be a part of.

I’d say that the profession of “live sound engineer” also attracts a certain type of person: control freaks and dreamers alike! haha. Many of the sound guys/girls that I have met are musicians themselves and have a good sense of the unique attributes of each instrument they are mixing, however, you don’t have to be a musician to be a great sound engineer.

Q – do you have a favorite show you’ve worked sound for?

A – I have had the pleasure of working sound for some ‘’large scale artists,’’ but the best times are often the most simple and unrehearsed.

One of my favorite shows was an overnight concert that I helped work sound for in the hills of Glorieta. The feeling of bringing sound to the outdoors is special and it’s worth the extra work to bring more speakers, BBQ, beer, lots of trash bags, and to apologize to the local wildlife for making their home an incoherent nightmare for a few hours. Haha

Q – any advice for people who want to do this job?

A – Yes, learn as much as you can about the science of sound and the equipment you are expected to use before working a show.

It is really rewarding to be able to recognize a specific frequency that is causing a problem and to have the mechanical “know how” as well as the scientific “know how” to resolve the issue. This is easier said than done considering a sound engineer needs to know the characteristics of 20,000 frequencies in order to pinpoint the source of many possible sound related issues like “feedback.”

Stay creative, don’t over-tweak the sound, and remember that someone else’s art is in your hands!

The article includes segments of other Santa Fe sound engineers such as: Augustine Ortiz and James Luz